In a recent webinar organized by the Global Institute for Food Security (GIFS), Patrick Westfall, Senior Director of Cell Biology at Inscripta, provided an insightful perspective on historic developments in biological research. He used the analogy of Newton’s Cradle - a device that demonstrates the concept of conservation of motion with a series of swinging spheres - to highlight how biological discovery has been enhanced by alternating between empirical and hypothesis-driven approaches. Below are some takeaways from the webinar; you can listen to the full presentation here. 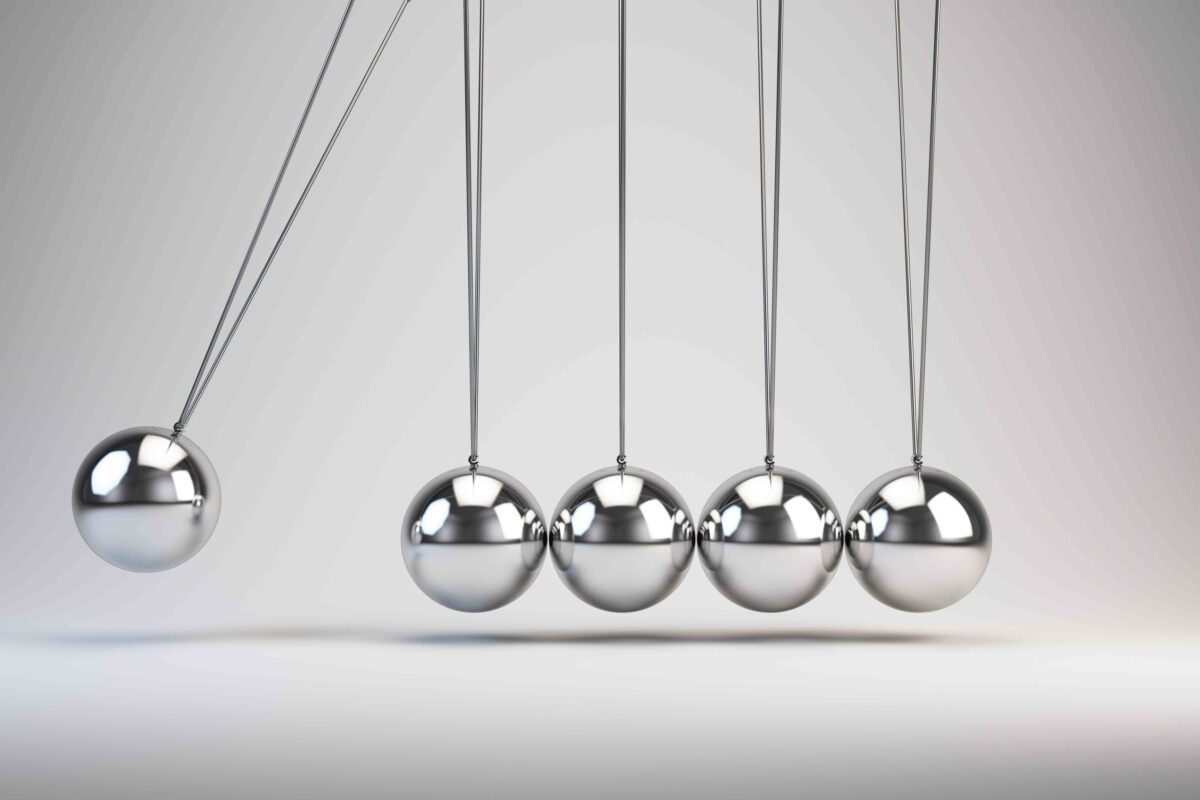 In his presentation, Westfall used the opposing sides of the cradle to highlight two ends of the engineering biology spectrum. At one end is empirical discovery, where researchers developed the products they needed using trial and error — such as mutating specific organisms — until they got phenotypes of interest, but without understanding the underlying mechanisms. This approach was predominant before the advent of molecular biology and tools that allowed scientists to manipulate DNA. With the development of sequencing technologies and efficient gene editing tools, approaches have shifted to the other end of the spectrum — hypothesis-driven engineering — where researchers focus on optimizing the activities of genes and pathways to generate desired products.

Scientists actively use both approaches today. They typically start out with core knowledge about the organism, its physiology and metabolic pathways, moving outwards with methods specific to empirical engineering and hypothesis-driven engineering approaches. They build on the existing knowledge by using what has been discovered empirically - things such as toxicity, regulatory networks, enzyme evolution - and what can be experimentally measured and controlled, such as metabolic flux, redox balance, and enzyme kinetics.

Though these are opposite approaches to engineering biology, they are complementary, according to Westfall. “The way we make progress is if we know how to apply both approaches as rapidly as possible and take those cycles of learning, combine them, and keep trying back and forth,” he said.

This is exactly what researchers at Inscripta do. They take the best of both empirical engineering and hypothesis-driven engineering approaches and use them to create production strains of microorganisms. By toggling back and forth between empirical and hypothesis-driven approaches, Inscripta researchers are able to optimize production strains faster than it would be possible by using either method alone.

If you are interested in learning more about the frameworks driving biological discovery and how to use them to accelerate your research, register for the upcoming webinar by Patrick Westfall on November 16th, 2021.